The 5-letter word is your key ingredient to win Wordle. Of course you can also use it to easily win in Scrabble and Words With Friends. Keep the 5-letter word list handy and you’ll take your skills to a level the world has never seen before! You can also check out our Wordle Answer Today directly and see all past Wordle answers as well.

What is the best 5 letter word with the most vowels?

Although Bill Gates recommends starting the day with a Wordle that contains many vowels, such as AUDIO or OUNCE.
The New York Times, which acquired Wordle, gave a similar strategy in February, whereby words used as starters need to contain three vowel letters.
And recently a different voice has been heard. Wordlebot, the New York Times’ new Wordle strategy analysis robot, says the best starting words are SLATE, CRANE, TRACE, SLANT, CRATE and CARTE.
And the MIT study found that the statistically superior starting word is SALET.

What are the 5 most common letters in 5 letter words?

Behrouz Bakhtiari looked up all the 5-letter words in the Webster’s Third New International Dictionary of the English Language, trying to find the most commonly used letters in the alphabet.

Finally, it was found that the most commonly used letters in the 5-letter words (in terms of total and average frequency) are the letters A, E, S, O, R, I, L, T, etc. 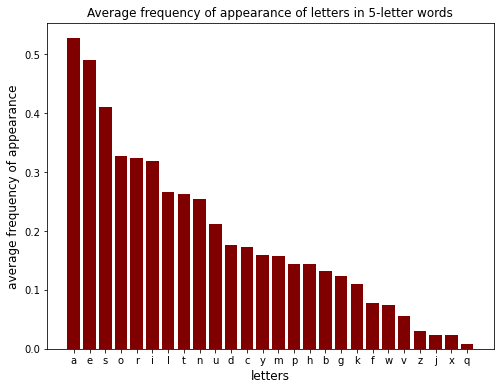 How many 5 letter words are there?